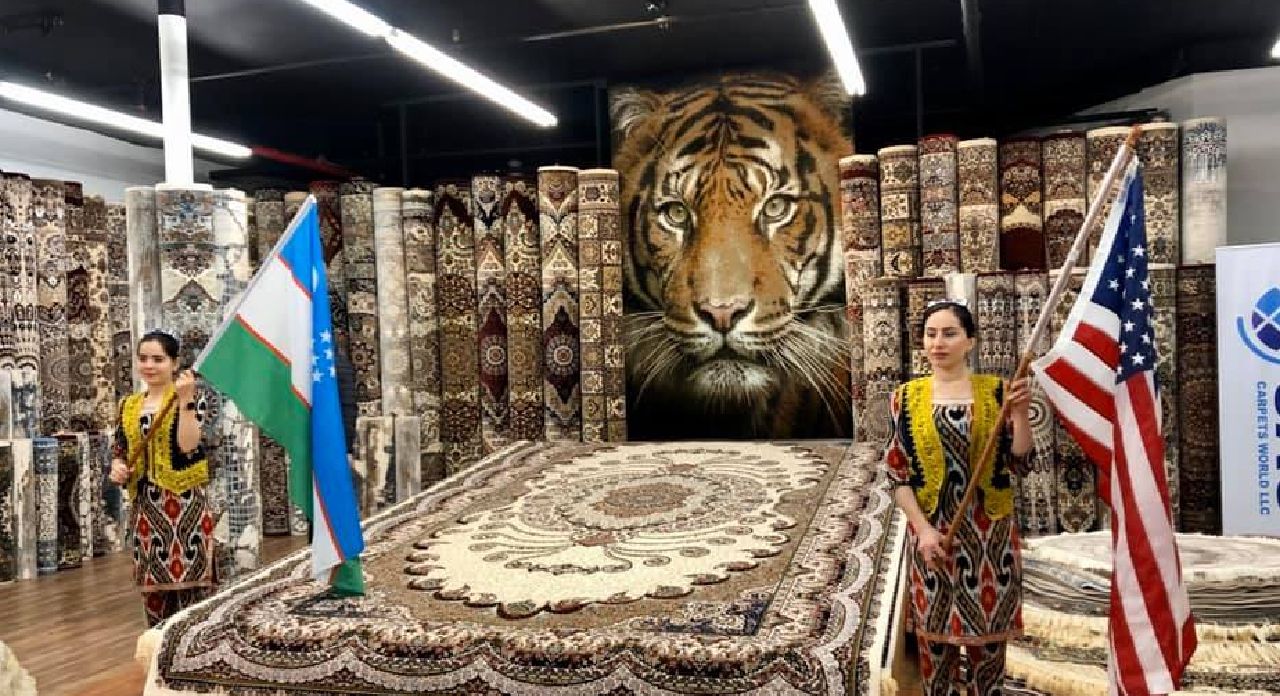 - Offhand, who can say that Uzbekistan can supply to other countries?

Everyone with whom they spoke immediately called dried fruits, gas, fruits and vegetables. And the list ends. Yes, remember more, pepper! Advanced remember gold mining and products of the Navoi steppes.

- I complicate what Uzbekistan can supply to the USA? A country of plenty, whose inhabitants are also spoiled for quality?

And this is a separate serious topic. Export is not to third world countries, but a partnership with a mighty power.
When factories in Uzbekistan, jobs are there, taxes are paid to that country, and finished products are sold here. And for a solid American dollar. Products whose quality competes with the world's best manufacturers.

This is what is of particular interest. Every entrepreneur who created such a strong business and managed to enter the markets of other countries should be supported by the government and, as we say in America, the Uzbek community.

That's why the Uzbeks living in America, employees of the Embassy of Uzbekistan in the USA, representatives of other communities came to the opening of the second store of the SAG company. We came from everywhere, from Washington, Philadelphia, Brooklyn, because the matter is new, the guys are ours, and the products are excellent. And the guys were not mistaken in choosing a place. Queens traditionally has many immigrants from Uzbekistan, different nationalities, long living on American soil, honoring traditions, living in their large houses, and, of course, loving good, good carpets.

And this is a separate issue! Carpet Kingdom! Soft, fluffy, velvety, "aged", with ornaments, bright, plain. For every taste! It’s impossible to step back. I want to stroke, touch, consider. I also want to criticize. But nothing. The highest quality! This was described in detail by company representatives, a short course for non-specialists. But the women with a trained look understood everything themselves.

The auction was also successful, the exposed carpet was immediately bought by fellow countrymen, pleased with the first purchases, the Samarkand carpet was especially liked by the guests. And it's nice that SAG marketers were preparing to enter the US market and surprised those present with the New York model.

I would also like to say a few words about public diplomacy, that it is more flexible than official diplomacy and closer to people. About the fact that we are all lucky that our compatriot Daler Dimax leads new big things. Indifferent, energetic, restless, American-practical and oriental hospitable. He managed to get more than one certificate in various fields of activity and represents the interests of many Uzbeks in the vastness of America. This indefatigable energy both encourages and inspires. A person knows how to ignite, carry away, unite!

So this Sunday we are going to the next event. And we saw each other, and were happy for our manufacturers, and wished them success in a new business, drank a cup of tea. Although a bit wrong. The Tea Bowl is a generously laid table for all participants with a huge pilaf cauldron. Also very much in our opinion.

I will not load official numbers, only one table. It can be seen that exports are catastrophically small. And so he would help strengthen the economy of Uzbekistan!